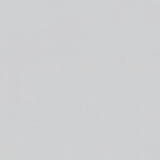 William Leeman is quick to say that perseverance and objectivity have been the keys to his success. He also believes that creating goals and remaining focused on those goals has been instrumental in his success. His proudest accomplishment in his career was his time working at the Joint Base San Antonio Program Office.

William’s journey began in 1968 when he joined the Air Force. He spent the next 26 years serving in the Air Force abroad and at home. After his retirement from the Air Force he worked for the Texas Governor’s Office of Emergency Management and State Hazard Mitigation Officer. After entering Civil Service in 1997 he worked in the Air Force Manpower Agency and later Command Operations and Mission Manpower for HQ Pacific Air Force Command, while based in Hawaii in 2000. In 2004, he moved to Los Angeles where he worked for eight years at the Los Angeles Air Force Base, first as the Chief of Manpower and Organization and then as the Director of Staff of the 502nd Air Base Group. William then relocated to Texas where he worked with Air Education and Training Command as the deputy for Joint Base San Antonio Program Office. He began his time there as a Deputy Director for the Joint Base Implementation Office (2008-2010) and then as the intermediate Command Summit Secretariat (2011-2012). He is currently retired.

Since his retirement in 2012, William has been doing pro bono consulting with various profit and non-profit organizations in Texas, including The First Tee organization, The Valero Texas Open helping to provide educational and various charity programs to the turn of 10 million Dollars annually, while and promoting healthy living initiatives through golf.

When he is not working, William enjoys traveling, reading and golf. William hopes to take advantage of all the benefits that come along with being a member of the International Alumni Association. He looks forward to networking and collaborating with other professionals.

International Alumni Association Member, William Leeman, can be found on the Association Directory where he is looking forward to networking with you.