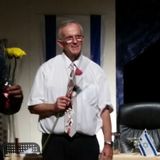 Amazon bestselling author Menahem Misgav is a diverse and prolific writer based out of Israel. Known for his novels, poetry, and even a children’s book, he is celebrated across the globe and has seen his works translated into English, several European languages, and most recently, Hindi. First recognized at the IAA shortly after the publishing of his 8th book, Menahem has now published 10 books and shows no signs of slowing down.

Born and raised in Jaffa, Israel, Menahem served in the Israeli army before marrying and earning a degree in Practical Engineering at Tel Aviv College and becoming a designer in the aircraft industry. He enjoyed a long and storied career with IAI and traveled to the United States to earn a bachelor’s degree in Business Administration from New England College and a Master of Arts in Professional Communication from the Clark University.

Spending 35 years in the aviation industry, when Menahem retired he was ready to embrace writing as his second career. He had always been skilled with words and communications, and draws from his own rich and international life experience in the compelling and universal stories he tells. He was selected as an emissary from Israel to the United States and relocated to Minneapolis with his family for two and a half years, and he speaks fluent English, German and Hebrew.

Menahem’s work is noted for weaving tense mystery with family drama, resulting in high-stakes and gripping storytelling that appeals to a broad range of readers. He is also skilled in drama and music, having written and performed on stage in plays and musicals, and is a popular figure in his local community theatre.

The proud father to two grown daughters and grandfather of six, Menahem today resides in the lush town of Hod Hashron, located northeast of Tel Aviv.

International Alumni Association VIP Member Menahem Misgav, MA can be found on the Association Directory, where he is looking forward to networking with you. 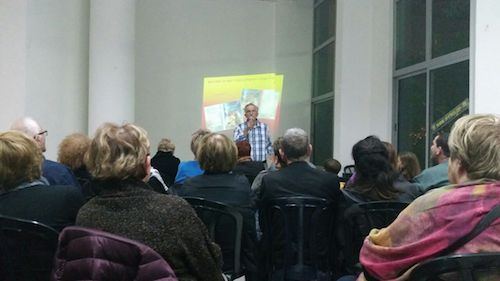