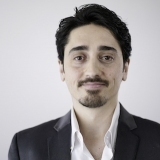 Fulvio Paolocci is founder of Storyhatch Srl, a communications incubator and content creator for startups and organizations in Italy.  Storyhatch creates visibility and growth for companies through cross-platform storytelling that is informative, influential and inspiring. Before making the decision to run Storyhatch full-time, Fulvio was Co-Director of Communications at New Gluten World – a unique food tech startup that proposes a newly engineered gluten called Gluten Friendly™.

In his role at New Gluten World, Fulvio managed editorials and promotional pieces, and directed its media and public relations image. Driven by a love of storytelling, Fulvio took great pride in writing the story of New Gluten World from its inception, and stewarding it to its current success.

Fulvio has more than a decade of experience reporting and producing multimedia content.  He comes from a video journalism background, as a producer, filmmaker, and editor for international news outlets such as The Associated Press, ABC, NBC, Al Jazeera English, YLE and The GlobalPost.

Fulvio has reported on all the major events in Italy of the last decade, including the stepping down of Pope Benedict XVI and the election of Pope Francis; the fall of Berlusconi's government; natural disasters including the Costa Concordia shipwreck; and the massive waves of migrants to the island of Lampedusa.

Fulvio credits his success to personal determination, the connections he has made, and his passion for his work. A resident of Rome, Fulvio enjoys traveling and all that comes with it—from surprising flavors and new scenes, to conversations with strangers and the occasional epiphany.

International Alumni Association Member Fulvio Paolocci can be found on the Association Directory. He looks forward to networking with you.