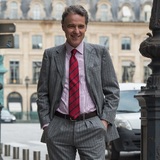 Antonello Fanna is an economist with an extensive career spanning over 30 years. His illustrious career at the Bank of Italy began at the Research Department in 1985. In his career he has held many senior positions such as the head of the Bank of Italy in Paris. Antonello has always had an international mindset. He has studied, worked and lived in several countries and is fluent in Italian, French, English and German. These international experiences made Antonello a great asset in his role of civil servant at the Bank of Italy. He is now striving to make use of his expertise and extensive network through creating a consulting firm that operates between France and Italy providing his extensive and invaluable knowledge to financial firms. He also teaches, writes articles and essays and lectures within the financial community in hopes of inspiring economists and entrepreneurs.